Pisces Lg, Ketu in Pisces and Sun DB - Ketu in 1st can make him doubt of how to act and behave, he may feel insecure or threatened when around others or when interacting with others, and/or he may feel uncomfortable when others are watching or analyzing him. Sun can't give him the steadfastness and he might get easily bored, more prone to say "no" to trying something new.

Most of his chart flows thru Jupiter in Libra, with just Mercury being in its own house Virgo. Both Mercury and Jupiter are combust.

Both planets involved in learning, understanding, communicating, hearing, expressing, analyzing (Jupiter and Mercury) are in the lowest DigBala, so they are not directed toward self improvement. He might do better when he meets kids that are not doing well, as he can try to help them, and by that, improving his own skills.

Mercury is afflicted by Rahu, is planetary aspected by Saturn to 34/60 , and has Rasi aspects from Rahu., Ketu and Saturn, making it hard for his Mercury. He is the ruler of the 3rd cusp too. Mercury combust makes him feel vulnerable when making requests or he feels he is not given a fair chance.

Ketu's influence on Mercury can cause him to doubt his understanding and he might feel like he doesn't have all pieces of the puzzle to make a decision, find an answer or a solution, to learn, or to express himself.

Rahu's influence on Mercury might make him chattier or overly expressive later in life, especially in partnerships.

Mercury is in wonderful dignities in all 16 Vargas, which is nice, but he doesn't have any support from any friends in D1, so for Lajjitaadi Avasthas, we have to look towards Sun's and Jupiter's Avasthas for more info. He doesn't have any benefic influencing either.

DB Sun is in the 8th (dushtana), but fully delighted by his friend Jupiter and only 10% by his friend Mars. Sun is not in good dignity in any of the Vargas up to D12, but luckly, he doesn't have any difficult rashi aspects to destroy Libra, which is both protected and manifested by gentle Jupiter.

Jupiter is combust, so he may feel frustrated in face of something he doesn't understand , or he might have trouble understanding what is the purpose of something, an activity... Jupiter is both, fully delighted and agitated by its friend Sun, no other Rasi aspects, but Sun is the Ld of the 6th (dushtana). He has a quarter planetary aspect from friend Mars, but being in a Venus ruled sign, he gets fully starved by Venus. Jupiter's dignities throughout Vargas are decent. Just like Mercury, he has no gentle planetary influences.

I wonder if having both Sun and Jupiter in Hasta Nakshatra can encourage expressing himself using the "Inspired Hand" motif, you might discover some talents there and it might be a source of inspiration for him.

Timing of Vimshottari is different on my end than the dasas you were mentioning, asking if Jup-Merc could bring a change.

Jup-Merc dasa started in March 2017 until June 2019, he is running Jup-Ketu for 2 more weeks almost. These are the periods that coincided with both Merc and Jup related issues to become obvious and you've mentioned an Aug 2019 diagnosis which aligned with the double Jupiter agenda. Jupiter is his GK too. Jupiter rules both Ketu and Saturn in Q's chart, and he's in the 8th.

Caranavamsa dasa wise, he's running a Sagittarius dasa until 2026. Sagittarius holds the padas of the 6th and 8th, and Saturn is in Sagittarius. Sagittarius panda falls in Leo which holds the 6th cusp, so we are circling around times of delays, obstacles, problems, weaknesses.

Bach flower remedies would be something that I'd feel comfortable recommending, if you'll happen to be interested:

- give 4 drops 4 times a day, in a little water or drop them on his tongue if he doesn't mind the taste

Disclaimer: due to the young age, maybe someone else has more corrections to make to the above analysis and recommended remedies...

@mirela I would love to try the flower remedies! I have not taken this class yet so thank you so much for the insights into this. He has had some homeopathic remedies so far and I would like to try more from the plant and flower kingdom. Thanks for all of this other info also. I will definitely pay attention to the timing shifts you pointed out.

+1 on all Amit & Mirela suggested.

Charts with learning disabilities, almost all of them have Saturn/Mercury aspecting each other. I have seen Rahu/mercury conjunction sometimes act like Saturn/mercury. In Q's chart he has both.

Sun debilitation may mean some heart related weakness. I came across a recent study that correlates low HRV levels with Autism and ADHD.

By increasing HRV levels it was found to improve symptoms of ADHD. Low HRV simply means overactive sympathetic nervous system. So relaxed atmosphere and adults caring for him can help.

@anandrmy Thank you! I will look into those articles you posted. There are heart weaknesses in his ancestry. 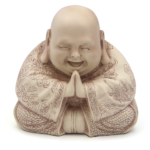 The study of ShadBala is interesting because with indication of Ernest, clarify some behaviors and some remedies for him (Q):

"
Grahas that are low in Sthana Bala can readily be improved
through regular practice, by honing the skills of the Graha.

Grahas that are low in Ayana Bala can be improved by simply
willing ourselves to use that Graha as we struggle and exert
ourselves in this world. For example, if Jupiter is low and we cannot forgive those that oppose us or frustrate us or cheat us, then all
we need to do is will ourselves to forgive them and keep on willing
so until we do.

Grahas that are low in Cheshta Bala can readily be improved by
learning to detach from that Graha and realize that each Graha is
just a tool that the soul, the Sun, uses to navigate through the
world. It is not the self. Realizing that the tool is not the self
removes the insecurities. If Mercury is low in Cheshta Bala and one
is insecure in negotiating and requesting, it is because when their
negotiations and requests are not granted the person themselves
feels rejected. Realize that is is just one’s request that has been
dismissed, not one self. Realize that we are just using our Mercury,
using our tool of speech, it is not the self being used and abused.
When the Sun’s Cheshta Bala is low it only indicates that the soul
desires less presence in the world and thus there is less confidence
to lead and command. When the Moon’s Cheshta Bala is low it
means that the ego is not secure, the self must therefore learn to
detach from the ego. That is why low Cheshta Bala Moon is often
seen in charts of very spiritual people.

Grahas low in Spashta Bala[ShadBala Total - of Required] are simply less in a person’s life. If
one wishes to increase these Grahas they merely need to add more
of these things into their life. How to do this? Simply by focusing
on increasing the individual weak Balas of that Graha, which will
most effectively increase the Spashta Bala as well.

My brother has some chart similarity to your son. He has Mercury in the 7th in gemini, and Jupiter combust with the Sun in Taurus.

He had otitis when he was a child but recovered after surgery. I don't know if he didn't talk much as a child, my parents didn't mention it, so maybe they didn't notice. But as an adult he rarely talks, he can be at a party and not say a word for hours until someone notice that it is strange. He has no problem speaking though or hearing, he actually have a better hearing than me. But rarely engage conversation, I talk a lot to him, and it's mostly me talking 90% of the time. He talks more in private, rarely talks in public or with friends, though he answers if someone talk to him.

I think I would have to agree with Ernst when he says that dig bala can be more important than dignity on this case. As the dig bala description fit perfectly his case. As often when he talks it's the wrong time to talk, it's like bad luck almost.

Others possible suspect on his chart are Ketu in Virgo, rahu in the 4th.

I don't think it's ketu in Virgo though as I met someone born with the same birth date as him, difference is the time that I don't know and the place.

But that guy I met and I interacted with as a "friend" was very lively and talk quite a lot in public, even more than me. He was very different from my brother on that part and born the same day, same year so I think it's not ketu In virgo, could be rahu in 4th or Mercury in the 7th house.

That guy also had Jupiter combust so  the problems seems to come from the house position due to the time he was born.