If a planet has enough delight on it, then the issue of solving bad lajjitadi avastha does not arise, right? Because the solution to the starvation is already built in to the chart, so the solving is already part of the person's fate, right?

What if the planet has little or no delight? Then the issue of solving the bad lajjitadi avastha arises and it is left to our free-will, right?

I would like to refer to the "low watery place; portable dishwasher" example you mentioned in the Mercury delighting Saturn class, it was quite hilarious.

Even though you don't have Mercury delighting your Saturn in your chart, you understood how it works, so I would assume if the same thing happened all over again, you would remove the portable dishwasher to look beneath it, instead of letting your Mars look at the same place again and again. So you have solved the "Mars starving Saturn" avastha with your free-will right?

Now,  the key to solving "Mars starving Saturn" seems to be understanding how

and watching them in action?

My kids (I have six year old twins) have "Mars starving Saturn" (Rahu/Saturn in Scorpio) with very little delight on Saturn. I was wondering how they can solve this bad lajjitadi avastha, if they show no interest in learning astrology?

Of course, they can do meditation/follow spiritual path, but I want to understand how to use astrology to develop free-will.

Man, you are on fire. I love coming across people on the same wavelength as me.

I am glad you feel that way 🙂

I have always been passionate about free will. Coming from a fairly traditional south Indian family, astrology was an almost daily topic in my house, and I used to scoff at it because of the seemingly un-scientific way with which it was being used. In 2006, I was handed "autobiography of a yogi" and it nudged me from a die hard rationalist into a path of spiritual enquiry. I also noticed the references to astrology in that book.

Later I heard a spiritual guru say "I encourage you to study astrology, you will know where you are stuck. Then, you won't need me".  Since spirituality is big on free-will, I felt at that time there must be some interplay between fate and free-will.

After I came across Ernst's teachings, I think I am able to make further progress on understanding the big picture. Especially lajjitadi avasthas make a lot of sense from a "gateway to free-will" point of view.

Yes, if there is a lot of delight a person will work past it on their own, if not, they need help such as can be offered by astrology or proper counseling, possibly with astrology. A good counselor should be able to get to the issue, just with astrology we can see it right away. I will be starting a course at the beginning of next year covering this use of lajjitaadi avashtas in a way that will be counseling centered. 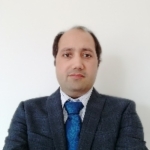 It is said -
you can lead a horse to water, but you can't make him drink.

So until the person has a thirst for improvement , it is very unlikely to do anything for him/her ?

Or sometimes the person may have thirst but the circumstances can be very bad.

May be people are doomed for sometime in life like some very bad dasha/bukti and nothing can be done until that passes?

For being attracted to a good astrologer needs luck,means something good indicated in chart.

So unless something good in chart somewhere, the person is tied to experience the bad avasthas?

Ernst, in addition to Amit’s questions, I also wonder if it is also the debilitated planets that cause people to take longer to get to the place of wanting things to change. Once the desire is there, things fall into place, until they reach another plateau and have to wait for the momentum to build up again?

that is so fabulous Ernst.

Is it possible to help someone who has combust planets to learn to work with them?

and the same for people with debilitated planets.

or are these people doomed for life?

I think it's important to consider the maturation and natural age of the planets - in my opinion, it's good to expose children to spiritual teachings, however, it's is a process that we can not rush, we can teach values, respect for others and try to make our children learn about kindness, fairness and keep them away from religions that could make them feel guilty if they don't act in a certain way, therefore, limiting their free will. Probably the way we can help our children is by understanding instead of reacting when their "bad avasthas " show up in their behavior.... I would love to learn how to use astrology to help and understand my son and what can I do as a mom

I agree with everything you said.

One thing I have heard repeatedly said is that we are just observers, not doers. It may seem like we are doing something or have to do something, but in reality there is "nothing to do, nowhere to go".

The best strategy maybe to just sit back and watch the life events unfolding, as if we are watching a movie. Even for the actions performed by us, we identify with the observer rather than the doer. We just observe ourselves going about our lives.

Now, we may observe things we do not like, or we may have feelings we do not enjoy. These may be due to our bad lajjitadi avasthas, but we may not need to anything, as long as we realize we are not the character immersed in the drama, but merely an observer. But if this does not give us the equanimity, we can put efforts to solve the bad lajjitadi avasthas and direct the drama along a new path, and see if we can change our observations and feelings.

Based on what I know so far, the key thing is to not identify with what we experience, but just be the observer. We have the free-will to do that. Then it does not matter even if do not solve our bad lajjitadi avasthas. If we try to solve them anyway, we are just playing with our free-will, so to speak.

Can you please give an example to walk us through how this can be done?

Free-will is probably the trickiest concept I have come across, so an example would definitely help!

I agree with Veronica and Tuyet, and Amit has brought up some very important questions.

Children learn by observing. They observe people around them and imitate their behaviours. But again, what do they take in? A lot, but most of it on the Rahu-Ketu axis, depending on the Dasas that are running, the Avasthas coming into play, the planets that are debilitated, and the age when they are exposed to those behaviours which coincide with the maturation and natural ages of the planets.

’Doing’ happens. It is the inspiration of the Sun that gets done. But if the Moon gets in the way, and gets emotions attached to the act of ‘doing’, wants to be validated or praised, wants something in return (Venus), then the pure flow of energy gets distorted, and Mars loses his focus and tries to fix that which cannot be fixed or does not want to be fixed. This leads to frustration setting in and negative feelings to take hold. But as kids, unless we have been made aware of this, we are not aware of it. And we embark on our life path with those negative feelings set into our consciousness.

It is Mars who feels the need to have Free Will. Without willpower, he feels like he has nothing to do. But needing Free Will also denotes the perception of separation. That there is something that is lacking and needs to be fixed.

The only thing that Mars has any power over is himself. He is the general, but the only army he can control is his own. He feels the need to do something, but the only thing he can do is focus on removing the obstacles within and resolve the Lajjittaadi Avasthas, that stops the Sun from shining. If he loses focus and tries to control outside forces, he has lost the battle.

I have found that there are two types of observation states - one where we watch what is happening in a detached state. But the detached state has been reached because of trauma caused beforehand that we have been unable to figure out how to resolve within ourselves. This observation state is the restraining state.

The restraining state is great to figure out the best logical way to deal with situations, and to restrain ourselves from being too emotional and explosive. This is Mars’s ‘won’t’ power coming into play. But we also need to utilise Mars’s ‘will’ power, which can be used to figure out what is causing the emotional state to fluctuate, which then means resolving our weak Avasthas. Tuyet has explained very nicely how our own life can be dissected and looked at to resolve the weaker Avasthas, and I have followed the same path.

So we have detached to observe and figure things out that happen within, then we attach again to all our faculties to take the right action, which is removing the negative feelings that exist within us. We are still observing, but we are also involved in the removing of any obstacles on-the-go as needed that hinders the ‘doing’. The ‘doing’ now is the free flow of the Sun’s inspiration, and Mars understands his place in the hierarchy.

The more I have been able to do this in my life, the less I find myself being at the mercy of my emotions, and the less I find the need to restrain myself, and the inspiration of the Sun unhindered by the Moon finds a clearer channel to flow. As Tuyet said, it is a lifelong process, and I am sure I will come up against something else that will need to be resolved.

I have three Starved planets this year with no delight at all for them. I have two planets that are in a mixed state, and two planets that are in strong Avasthas. I can use my Starved planets and feel woeful for not being able to get what I want, use my Free Will to set Mars into motion to fight to get what I don’t have, and set things into motion (Fate) to bring nothing but more misery upon myself, and end up getting drained of energy.

On the other hand, I can use the Proud planets to see what I already have, be ok with it, have peace through it, and allow Mars to rest for a bit or just allow him to put up a fight to keep what I already have. Next year things will change and perhaps Mars will get a chance to go for what the Sun desires to have.

This, for me, is happening on the Rahu-Ketu axis. I am assuming that the same happens for everyone else, but would like to know what others think.