I just started a new Cards course after a couple years away from teaching new card techniques. This will be a short course that tells how to make more effective use of the Ecliptic card along with a new planetary indicator for the Ecliptic card to help you time some events that would otherwise not be timed correctly, if even discovered at all. https://cardsoftruth.com/earths-shadow-the-ecliptic-card

With this I dare to predict that my daughter whom I haven´t seen for 10 years may find her way back to her father before her next birthday in Mars 2023.

She´s a 7S with her ES on the Mercury card.

Her Ecliptica next year is 9H. Her Mercury card is 5C - my, her father´s, BC. The truth seeker, a new mindset, under the influence of divine love (as indicated by her EC).

Her father is indicated by the Moon (PiK), which falls in a nice 5H in Jupiter position. Jupiter and Sun are also there, and so is Neptune who´s own card is a wonderful 8D. The Moon card is 3D - her father´s Sun card and a psychic card. It should connect us telepathically.

By the end of her (birth) year she runs 2D as her Saturn card. 2D - a possible moving card. Maybe it´s too much to hope for, and perhaps the Saturn position means that it´s not going to happen? But the lord Saturn and Mercury are there manifesting it, so maybe. The 9th cusp for long travels and for father, as well as the 10th for father, fall in that card.

She runs 5D on her Uranus card this year. That should make it easier for her to break free from the brain washing she has been exposed to. 10D on Venus position as well - she´s an art student (running JC this year). Neptune falls there - art should help her to find her own truth, even though Rahu works against it.

You sure love the Cards system, Mattias!!

@scott-m-19 You bet! As soon as I discovered Ernst I realized I would learn the cards first and then astrology from there. Little by little... 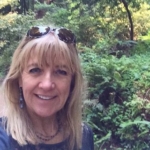 Coolest thing for me about Earth Shadow is even without ones exact birth time we can now see effects of the Ecliptic Card /10th house, the Constant and Sustained Activity, even without the house can read a lot with this.  For Cards just need to see if were born before sunrise or after and do this by looking at Moon Card.  This is so nice to have. I think it works great!