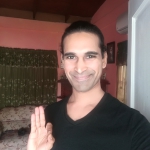 if ketu is a demon, how can ketu give us liberation?

isn't Jupiter supposed to do that?

thank you and many blessings 🙂

The way I see it is that when we face our personal demons, make sense of them, understand and accept them as an integral part of ourselves, liberation occurs.

@astroalex  thank you for taking the time to respond.

much love and many blessings.

Also the vedic idea about a demons has not much in common with the one´s we know from christian tradition. They don´t represent share evil in the way that Satan or Belsebub for example have come to do. They are more like troublesome people. Ernst compares them to the norse giants. They are not completely bad, sometimes there is nobility to them. Personally I think of the duality of the coyote, who plays the role of a trickster and the native American tradition - but he was gave the sweatlodge to the humans.

Venus in all it´s fairness realizes that darkness and light have to be balanced in Universe and therefore works on the demon´s side, healing them after their battle with the Gods.

In some of the courses Ernst speaks about the vedic myth about the churning of the ocean of milk, where he explains those things. It´s moral is that it´s meaningless to try to gain ethernal life (enlightment) until our emotional issues have been worked out. And that can only happen if we ask the demons for help. Basically what Alex said above: if we don´t embrace our dark side in love (self acceptance) it´s going to dominate us and no enlightment will be possible. According to Ernst we have all reasons to be optimistic, though, it only takes a million year I think he says. 🙂

@meyes excellent answer and thank you for taking the time to respond.

much love and blessings to you !