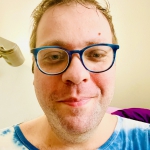 Since these are usually going retrograde, what does it mean when they station or direct?  Is this covered in one of the Courses/Videos?

Unless I'm sorely incorrect pretty sure rahu/ketu are always retrograde

Hmmm... I saw this in a friend's chart last week, using astro-seek, with "True Nodes" turned on..

Someone asked the same question elsewhere:

It seems that "mean node" calculation averages out a "wobble" that makes the Nodes "appear" to go back and forth... (not the same as retrograde or direct, since they are mathematically derived "points" based on the moon?).  So, using "True Nodes", technically 10% of the time they appear to be stationed or direct (according to another link Google brought me to)?

Rahu and ketu do always go retro. HOwever, they really  dont exist as anything we can see. They are just the point of the moon crossing the eclipitc and the moon does this every 2 weeks. At other times, that point does not exist, so where is it? The differnet node options are attempts to figure it out. Mean node does not average out the wobble that makes the nodes appear to go retrograde. It simply takes the mean motion of the nodes and uses that constant motion. The problme with it is that when the moon crosses the ecliptic, the mean node is not at the same degree as the moon, which it should be at. So mean node is very inaccurate.

Thank you for bringing more clarity on this topic Ernst!

Any idea why other sources are so mistaken in imagining “true” nodes station and go direct?