The house of Astrology 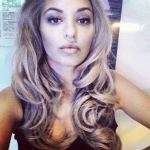 We know that the astrologer is Jupiter and a house of spiritual counseling is the 9th house. However, doesn't 11th house also play a major role in astrology, as it rules complicated systems and planetary interconnectedness?

Which one is more important and is there any basis to say that 11th is also a house of astrology?

Some teaching say that Mercury is the ruler of astrology as well. What do you think about that statement? 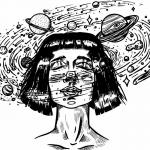 I still have to take the main Jaimini course on Upadesa Sutras, but my understanding is that at least from a career perspective, Venus, Jupiter, and Ketu + the 8th bhava indicate the astrologer.

Venus - brahmin planet, counselor for earthly matters, able to see meaning where there is none, the planet that gives an ability to make concrete predictions

8th house - the occult, "wealth of the dead and the soul course - what begins and what after the wise see all from the split", being able to see into the future (making predictions), being able to use your intution

I think the reason why the 11th isn't included, is that the 11th in essence is a social house. The social aspect comes form it being the house of being validated socially and having social security. In most societies, astrology is an occult science and practicing it does the opposite of giving you broad social appeal. It's considered to be taboo. It also generally speaking isn't something that will increase your social standing. So unlike being a CEO or the head of some institution, a politician or a famous TV actor, "astrologer" isn't a job title that carries social clout.

I think a "good" Mercury can potentially help you develop better skills in any arena. For example, it makes you more likely to try different things with detachment, seek verbal exchange with likeminded people, etc. So Mercury can help make a person better at whichever path they are pursuing. In the courses I have taken so far with Ernst, Mercury was never mentioned as the karaka for Astrologers.

This post was modified 7 months ago 3 times by Francesca
Reply
LTmoon, Mattias and katalina1 reacted
1 Reply

@francesca-2 ; I had this same question a few years ago. The reason Mercury is not called out as a karaka for astrology is that Mercury has its head in everything because he has to investigate possibilities. So, it is a karaka for everything technically.

The 5th can deal with speculation/prediction too. 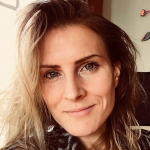 @scott-m-19 Can you read the 5th varga chart for speculation and prediction as well?  Like, how adept at one is in prediction through the 5th Varga?  Or would that not make sense?  I am new to the varga charts, just wondering.

Don't know. Got to ask @ernst that one. Haven't gotten too in depth into vargas.

Thank you all for the reply.

I would say as very important the 8th house as it rules occult sciences.