I saw a few videos about the Birt Chart spread I think.

And if I remembered correctly the Vedic principles are being used in combination with the Tropical Zodiac in stead of the traditional Sideral system by Ernst.

Now I was curious why this is.

That is because Ernst has gotten to the conclusion that the Sidereal Zodiac is of no relevance for Sun based astrology, and that the star positions were only used as a reference point for the lunar mansions - and not even that he seems to be totally convinced of

The Sun rises every year on the same place and the same time on the Spring Equinox, which marks the beginning of the solar astrology year. No stars are visible - that´s an omen we should pay attention to. We should not glance at the stars (i.e. the constellations) for this; rather than an a constellation each rasi refers to a 30-degree segment of the circumference around Earth. In the old vedic time the Rasis here described as a body section of Vishny lying down aroung the horizon, feet on his head. Those are the rasis that we use; "head" for Aries, "face" for Taurus etc, together with the occidental rasis that came to India after Alexander the great created a cultural bridge, some hundred years after the first preserved astrological texts in sanscrit. Each sector - rasi - has it´s own energy, but we do not see them in the sky. It´s bound to Earth.

With that said: not everyone visiting this web page seems to agree with this idea, some people for one reason or another believes that the Sidereal Zodiac should be used.

WHen I started to study the old texts that 99.999999999 percent of astrologers ignore I noticed that there were many indications pointing towards the ancients previous to 600AD using the tropical zodiac. SO I tested all techniques for 2 years on both zodiacs and every technique worked better with the tropical zodiac, so after 2 years i switched from sidereal to tropical.

With regards to the Aditya zodiac project, you've mentioned that this relates to the solar months and therefore the tropical effect. What about the southern hemisphere? How would it relate to that if at all? Or does it not matter?

I suspect we don't really know when exactly Parashara was living on this earth, but I am assuming the original Parashara astrology didn't have aries, taurus, gemini, ect. as names for the rasis.

@scott-m-19 its very possible it wa snot as even jaimini who is after parashara makes fun of the aries, etc. names. 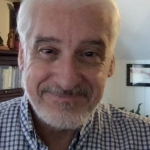 @ernst
Inspiring! Let me know if there is any testing I can do to help!

Thnx y'all  for the fast and comprehensive response.

It won't be a different in the southern hemisphere because the zodiac is all based on the special relationship of two bodies the sun and earth, not up and down, not north and south.