I was just wondering how it can be that some of the gems produce what can be described as "negative" effects?

For ex. I had a couple of cases when people started wearing gems and they became more aggressive or disturbed in mind. In one case a woman started to have pain all over her body. I even remember that just after putting some of the gems a significant amount of one person's money was stolen from his bank account and he started to have some serirous problems in relationships at that time.

These are just few examples that I remember to give some idea. Of course, we can say that it is a "coincidence" but all these things started happening just after people started wearing gems.

So. The question is.

If Varahamihira states that wearing different kinds of gems bring positive effects not saying anything about negative and we can even recommend gems to people without looking at their horoscope just based on their needs, problems etc.

Then where is the problem?

It is also said in the manual that the gem should not be broken, with scratches etc. - that's clear.

But I am speaking about legit gems that we can get in some normal acknowledged shops etc.

How these are sometimes giving "negative" stuff?

Do you have any idea?

I had few thoughts on this:

2)Activating Dustanas can have some negative impact in life

But these are just my assumptions.

1 - fine, but then why gems for DB Mars etc. are also prescribed, indicating, that even if one has a weak Mars, there is a gem remedy for this?

2 - fine, but we don't even need a horoscope to prescribe a gem so why would that matter so much?

3 - fine, but there is a thing called navaratna which disproves this point

So in the end I actually don't really know what can go wrong here.

Can you post the chart screenshots and gems prescribed which gave negative effects?

Ernst explained only gems worn for planets in signs which are 6,8,12 from their natal position in D1 can prove disturbing.

To give an example - If a man is unhappy at work, but has an underlying belief that he has to stay at the same job until he dies. He buys a gem to make his life better at work. The gem tries to get him to see that he needs to change his career to be happy. How much he will fight against that thought will determine how much aggression or distress he experiences. That distress or aggression, if unchecked, will carry on to other areas of his life.

The use of gems and mantras is great, but one also has to be made aware of the ‘side effects’ and the ‘why’ for which the Avasthas will be a perfect add-on.

Unconscious or subconsious issues only for rahu rasi... other planets look pretty straight forward... ketu is fairly developed area but can give pathological attachment to its things in the rasi...

Wouldn’t pathological attachment to Ketu also be unconscious or subconscious, along with the Avasthas of the other planets that make us hold on to Ketu?

Yes agree, ketu pathology is subconsious too... correct gems should always make us feel better or push us in the right direction, that is what I think.. wrong gems for planets on 6,8 and 12 rasis from native position can bring undesirable things and be distractive like the planets disturb us which are on 6,8,12 rasis... that's what I want to check in the charts that Artem is referring...

Ok, got it. For me, I have always found that gems/crystals brought things up, so I have never known any other way. But since it has always pushed me in the right direction, (in hindsight), I have started looking at them from a broader perspective. Sometimes when I can’t see things clearly, I use them to induce the ‘side effects’ so that I understand what I have to work with.

Are you using Ernst's system for choosing gems?

Not yet. I usually go with crystals that I feel pulled towards, and it usually works for me. I started using gems/crystals before I got involved with Vedic astrology, so I got to examine the ‘how’ and ‘why’ from a personal experience, and can navigate the energies. When I get to the Gems course, I intend to add that information to my knowledge.

Artem questioned about using gems without the need for looking at a horoscope, so I posted my findings on why one can feel ‘not so good’ after starting to wear gems. I like your matter-of-fact way of looking at things, and will be interested in your perspective when you see the chart.

It's a good ability to feel intuitively drawn towards certain gems.

Unfortunately most of gems for rahu and ketu are not easily avaliable.

I experimented recently with a black opal for Ketu. I am running Ketu vimshottari dasha and I have Ketu in 12th house in Cancer. I felt an increase in "edginess" so to speak. It just felt weird and I noticed other people seemed to be "edgy" towards me. This is sort of a shallow way of describing it but I thought to share. Felt way better to not wear the black opal (though it was more of a chocolate opal - a very dark brown).

There are other ways to utilize gems for different needs of course but that experience was a bit odd.

@scott-m-19 A dark brown opal would be invoking the energy of a waning moon in scorpio. A difficult energy to handle unless it harmonizes with the chart.

If you really want to explore this, check what was happening with the transits and what was getting triggered that needed to come up to be looked at. The questions to explore would be - What was your reason to start wearing the gem? What was causing the edginess? What was triggering you? Are you avoiding something or wanting to keep it buried because you were not ready to deal with it or don’t know what you need to deal with?

The edginess from others will be to push you further into exploring what needed to come up, because you were not doing it yourself (not said in a judgemental way).

Just some observations from my experiments on myself with using gems/crystals that I feel drawn towards.

I decided to try a black opal (all I could find was a dark chocolate so gave that a go..maybe 8 or so carats as a cut pendant) as a general gem for Ketu period (Ke in 12th in Rasi chart). It was an experiment to begin with. I was just really curious. I might try other gems in the future.

On another experience I had with gems but this time a 9 gem navaratna. I was making more money a few years ago and went "gem crazy" for a navaratna...This was when I was into more traditional vedic sidereal astrology and the more common approach to gems (meaning the pricey ones and the general prescription for them). I got a 9 gem navaratna with mostly lab grown gems (including an exquisite lab grown 6 carat ruby) and only one substitute gem instead of a diamond. This was through a company based in Encinitas called Astrogems. I am sure Ernst and some of the forum members here have come across that company. Anyway, I had it and definitely felt more mental clarity, emotional stability, and phsyical vitality by wearing it, but I had a very difficult time sleeping. It was like the navaratna bangle was always "on". I didn't know what to do but felt that perhaps not wearing it would be a better approach so I consulted a highly regarded psychic about it and she told me not to even have the bangle in my room when I sleep. I did that, and I slept better! I eventually returned the whole bangle and lost about $3,000 in the process....A month later a friend of mine in the community I live in one day walked up to me with a Yellow Sapphire ring and said "do you want this?" I tried it and felt much better...Like the three little bears..."juuust right". So I have been wearing that along with the Yogananda/Yukteswar three metal bangle.

Feels good for now, but thought to share. Someday probably will experiment with gems more when I get more income again.

Yes, all gems bring luck when worn, but is the luck always the luck they need? that is why i try to avoid 6/8/12 from rasi positions.

Gems can pick up negative energy and always need to be cleared. I was not feeling well once.  A friend came into my office and immediately saw a huge crystal on my window sill, they said, get that out of here, its making me sick. I took it out, and felt better immediately. It was a crystal someone had given to me, who knows what it had been through. I never cleaned it, just dropped it casually on my window sill.

weak mars wont have a problem wearing a gem, t hey are just not as effective, so not the most effective remedy.

we dont need a horosocpe, but we can tell with a horoscope how effective a remedy it is base d on mars and decide on a gem from the chart instead of other ways.

navaratna is a shot gun approach. I have seen many people benefit from them, and many not get anything from them and then get more benefit from a single 50.00 gem.

@ernst How do you clear a gem; is there a particular method you recommend that actually works? 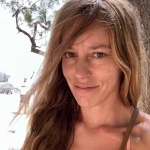 Thanks to all for the comments.

It was very interesting to read and there are some good points to contemplate about.