For to gain a deeper understanding about each BC it would be interesting to share other card readers´thoughts about their own spreads. Especially while waiting for Ernst to finish the course about each birth card, it´s spread and the yearly spreads, if he finds the time for it one day.

I´m ready to go first, my card is 5 of Clubs, but is there anyone interested? 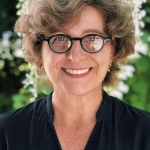 Mattias
Hi Mattias
this is a great idea and Iˋm very interested, but you know: Iˋm a Dummy in this realm 🙂
in Februar I planning to start with my studies on that,- I will come back!
have a lightful time!

@mattias I am a 6 of clubs with 5 of Clubs on the Ecliptic. I also have a prominent King of Spades and 6 of Spades. I love being busy learning things and expanding with wisdom and knowledge. My work is always very inspiring to me. My second favorite hobby is working on myself and cutting away limitations, healing trauma, shadow work (King of Spades), I also have gone through several death/rebirth healing transformations in my life. It all makes sense 🙂 My 8 of diamonds Mercury card with a delighted Saturn has brought me the luck and sheer determination to overcome many obstacles!

My father is a 6 of Clubs like you Rhiannon. He has survived several life-threatening accidents, the last one when he fell from a roof some 10 years ago. That´s one way I see the King of Spades manifesting in a 6 of Clubs person´s life; I also remember a 6 of Clubs woman whose spread I read having become a widow at an early age; like "death striking close to you but not actually touching you"; something like that.

Thanks for sharing. Now, since you put the ball into play I dare to take my turn...

So, 5 of Clubs. I hope you don´t take this too literally, as if I really thought it, but I think Jesus Christ may have been a 5 of Clubs. (That could be another challenge: "Why do you think Jesus was your card?")

... They call him "the Prince of Peace", yet he went like a madman into the temple to throw the salesmen out...

I think few cards in the spread cause more confusion among others than a 5 of Clubs. The Mercury card is 7 of Diamonds; material things not quite working out; it´s a 9 of Heart seen from another angle... Very heartsy. And then the charming Jack of Hearts on the Venus card; there is a childish charm around the 5 of Clubs. That make people relax and feeling safe... Just to find that there is a King (King of Hearts on the Ecliptica and King of Diamonds on the Jack position) in front of them. A person who does stand up for it´s belief in a very potent way.

Also King of Diamonds on the Uranus is very much about having a value system of your own. That causes many conflicts. Often, as a 5 of Clubs, you don´t mirror people as they are used to and expect to be mirrored. That may make people feel insecure when a 5 of Clubs is around. It´s a King, it´s a very tangible, present energy. I think most 5 of Clubs don´t fit in at all in their family; their very parents feel questioned by their little King kid, not confirming the family values.

Of course that (King of Diamonds showing a personal value system) confirms what the 5 of Clubs birth card is about from the beginning: To find their own truth. Leaves seeking the Sun.

The Sun card: The most stressful of them all possibly; 3 of Diamonds. Perfectionism. Also a psychic card. A knack for choosing good stuff by saying no to many things; also good things a 5 of Clubs say not to, if they don´t fit in.

Mars card: 7 of Hearts: Problematic relationships that in some miraculous way are being saved in the last minute.

Jupiter card: 5 of Spades saves the 5 of clubs butt in many occasions. Narrow escape from problems; also a special knack for adaptation; there is shape-shifting quality around 5 of Clubs, as indicated by the Moon card and the Jupiter card.

Neptune card: 6 of Hearts, family is everything for a 5 of clubs. Unfortunately the birth family don´t understand you, since you don´t share their values. I spoke with a 5 of Clubs girl just a couple of hours ago who confirmed exactly that experience.

Pluto card: 4 of Clubs, also the overlying card. Often a 5 of Clubs is so right that they stop being it... A stubborn mind makes him win every discussion - and therefore loosing it...! The use of too potent guns in a discussion. 5 of Clubs must learn to arrive at truth (4 of Clubs) letting go of right and wrong... A kind of Daoist experience, "The more you know the less you understand..."

4 of Club is also an indication for a longterm job that just stays there, like a concrete block that destiny has thrown into your life... So Ernst says, and at least in my case he´s absolutely right. I´ve been a crossword editor for over 20 years now; I have tried to change my carreer but I´m still a crossword editor. Isn´t that fun by the way; it´s a very square job!

Didn´t mean to tell you EVERYTHING; Saturn, Rahu and Ketu will have to wait to another time.

Hi Mattias and all,

Here are some thoughts from me about your chart

5 of Clubs is about going outside all security zones, always challenging yourself to find new paths. Having K of Dimond on Uranus is good as it should be seen as an asset and a security in who you are and what you value, just like with your ecliptic card K of Hearts, if they are not debilitated of course.

That it has been a challenge in family contexts while growing up and also in many other contexts I understand because your path in this life is to always challenge yourself to new heights of insights.

That you work as a crossword editor feels like an understandable choice for you considering your BC card. Crosswords is all about gymnastics and challenges for the brain :))

But your 4 of clubs on Pluto, how can it be a longterm work? Pluto is about changes and transformations ...

My BC is 5 clubs, and I agree with what you're saying, especially about 4 clubs on Pluto. In fact Ernst explained it that way in his earlier video about the 13 cards that make up the spread, but changed his mind on the "Foundation" course, but I'm not sure why. For me steady, square, long-term work/career doesn't work out. By the time I reach a 4-clubs steadiness with something, it feels like it's time to leave it or is taken away: one way or another it ends. (I was also playing with an alternate arrangement of cards, where 4 clubs won't be a part of the spread at all, but I'll leave that aside for now)
I definitely experience the 5 clubs essence though- constant search for new insights, create your own philosophy of things, searching for new "light of inspiration", being averted, mentally restless, living in the realm of ideas, taking risks.. And how can it not translate into a shifting work? At least, it has for me. Sometimes it has been more drastic shifts (Engineering to Music-- which felt like a 5 spades moment in my life- do or die), and then "smaller shifts" within the same thing, somewhat of a chameleon.

Ace Spades- Again the feeling of "digging", but into the psychological roots of things. A new mystery to be solved, a new thing hitherto unknown revealed- about myself, about the nature of things (not always pleasant). But the process itself happens with so much ease, that I almost don't notice it.

It's also worth noting that many of the cards (the 2 Kings, the 4 clubs) they all land on the 7 diamonds. So one way I solve the difficulty of 4 clubs Pluto interpretation is that it works through 7 diamonds, so things are bound to end or be sacrificed.
Even though 7 diamonds and 9 hearts are two sides of the same coin, imho their drive is different. I love the nature-imagery of all the cards that Ernst has explained- 7 diamonds is a "dormant seed covered by earth". So since this is 7 diamonds side of the coin: it's a lot about digging, finding, and putting all your energy into the most worthy seed. And in the process you die (or have to kill things) multiple times, which is sometimes difficult, because the ego may get attached to ONE particular seed and want it more than others, but often the seed with most potential is never the one you want.  It's also a high-pressure thing, a race against time. If you see 30 seeds, it takes time and effort to see which seed may become THE THING. How do you figure it out? And one may never find it, because life isn't long enough. I guess thats where approaching it with a sense of self-sacrifice is important.

I understand that there are strong energies that moves when you have BC 5 of Clubs, and that it is about challenging and testing new roads most of the time. When I read that you have Pluto on your Mars card, 7 of Diamond, I am not surprised that you change jobs so often. Mattias then probably has not his Pluto in the same position as you, which does not affect his work so much.

Two kings together with Pluto on 7 of Diamond seems like a very tough challenge where it is mainly about breaking down the ego, but positive with Ace of Spades on the Moon where you get new insights about yourself and also probably a healing ability who can help you understand your path, which is also reflected in the 5 of spades in Jupiter. I think 5 of spades is the very key to your career path (Jupiter) 5 + 5 = X-Card,

Helping people who have problems with their own security in various ways can be a good alternative to work. According to Ernst, Spades and Clubs do not fit so well together, but maybe that's your challenge since you have Ace of Spades in your Moon position, and in Mars position King of Diamonds, where 9 of Harts is the overlaying card. Finally your X card which is King of Harts also in Mars is a hart thing to help people.  Then you have the balance of them all: Spades, Harts, Clubs and Diamonds. Just a thought.

My BC is 9 of Harts and I also know a lot about sacrifices, suffering and chaos, all to break down the ego 🙂 It feels like I've lived four lives in one.

@amebos Please do! I read a 9 of Hearts chart recently and remember it to be very family centered, is that so?

Yes, BC 9 of Heart is in a way a family centered card with the ecliptic card 4 of Heart, but also I see that BC 9 is about peeling away the ego.

Strong events have taken place through family and relatives over the years, but the most remarkable is probably the strong invisible force (radar/ GPS) that has driven me to never take the easy way out without fighting and standing up for myself and other, whether I wanted to or not, and since I have Pluto on my ascendant I have gone through many transformations. When I was  about five years old, I got my first contacts with the spirit world which has been of great blessing to me.

If anyone have any questions or want to make an attempt to interpret my chart, please feel free to do so, and I have therefore also been open with my planet positions and also the Cusp/Bhavas.

Sun Card: 7 of Clubs + Uranus is in the Sun Card