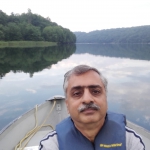 The Maarakas pdf file says in the section on Powerful Maarakas:

10. If Surya and Sukra or 2nd and 7th lords get lordship of quadrants they are sure to become Marakas.

I had a couple of questions.

b. The 7th Lord is already the lord of a quadrant. So is this part of the rule superfluous?

First, a planet becomes a maraka.

Then, if its a Maraka, and it fulfills the powerful maraka condition, then it becomes more likely to be the killer in its dasa. so say for scorpio, venus is maraka already, and many other planets get maraka abiltiy, say venus and saturn end up with 4 possiblities to kill. But venus is a powerful maraka, give it to Venus. So bascially give those planets that are powerful marakas, IF they are already marakas, one more point to kill.

To me, it seems that all Vrishabha/Simha/Vrishika/Kumbha Lagna natives have Su and Shu as Marakas according to Rule 10. Is that true?

Yes, that is true.