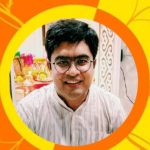 @ernst sometimes I wonder is the Indra the right deity for Jupiter - Reason I asked  question is - Indra amongst all deva as per the shrimad bhagvatam is kind of doing all the mischiefs , having sex with other Rishi wife , always insecure about him loosing his throne , most of the time being scolded by Brahma , Vishnu and Mahesh for some or the other his deeds , Indra to me very materialistic  deva who himself lacks the thunder of goodness (ha ha ) and , many times Asuras have taken over heavens and  sat on throne and acted as Indra , Even Ravana had defeated Indra , almost every powerful demon has defeated Indra and Indra is always in need of help  , he is always playing games with everybody to protect his throne .

As per the old scriptures - Brihaspati, (Sanskrit: “Lord of Sacred Speech”) in Vedic mythology, the preceptor of the gods, the master of sacred wisdom, charms, hymns, and rites, and the sage counselor of Indra in his war against the titans, or asuras.

So Guru  was the counselor of Indra hence I think Indra can not be the deity of Brihaspati(Guru)  as a planet . And same goes with Venus - Shukracharya was the counselor of the demons, it its deity is Goddess Laxmi which symbolizes prosperity which still makes sense from Venus perspective .

looks like something has got interchanged at deity level 🙂 Like for Sun we have Shiva - Which Makes sense , I think Ju should have been Krishna (who teaches the Gita to Arjuna the most profound teaching of all time  and always a joy giving playful deity and also plays a sweet flute,  believes in swadharmas and godharma(cow culture)  and most significant time of krishna is of his child age (krishna lilas)  who loved children and as remedy also we subscript Krishna mantra to have children)

Probably we can not change the diety now but we can definitely prescribe to chant Krishna mantra  (Shri Krishan Saranam Mamah ) if you want to fix you bad lajitta avastha of Jupitor 🙂 . what you think  ?

YOu have to focus on Vedic Jupiter, not Puranic Jupiter. The puranic deities are much different and importance was changed a lot.

its nto so simple. Everything is not in the rig veda either and astrology has changed as well. For instance, aries taurus gemini are not original symbols to hindu astrology.  But when dealing with the most fundamental things, such as deities, you need to focus on vedic era deities and not puranic era deities.