Hello Ernst and All,

Do you have some examples for Rahu and Mars shaming Venus?

Ernst told in LA course it signifies extremeties till some catastrophy happens. Like doing extreme sports ending up in a huge accident.

Is there any other significance for this combination?

I have this combo :-)) and a friend of mine too, and I/we cannot really identify with this description.

Ra+Ma shaming Ve is not by proper conjunction for me and myfriend, just same lord conjunction.

Though I am still curious about any other interpreation of this combinatio, no matter if it is proper conjuncion or just same lord.

@agnesbarna hello, what do you mean by “not proper conjunction”? Also, same lord conjunction create “milder” effects than same sign conjunction from what I remember.

Not spot on re: shaming but my husband has Rahu/Mars conjunction in Libra in his 7th house. We’ve been together 15 years and I’ve seen him really mad twice (not at me) and that was pretty scary and you don’t want to be around when that happens. So, it’s either on or off. Which made me think of a Ketu/Mars conjunction (more bottled up). That being said, he is also quite adventurous especially when he was young, growing up in a family of 8 kids, avoiding frost bites, biking through France (without speaking a word of the language) and sleeping under bridges when money was tight. That kind of things.

hope that helps for what it’s worth

Do you have Kala?  If so, you can use the Search function under the Tools heading to enter the placement of your Mars, Rahu and Venus in the Rasis and Houses and use the built in database of various famous persons to see what other individuals have the same placement.

@ancestorseyes nice, I was wondering how to do that the other day. Thanks for the tip!

Mars is action, our will power and won’t power. With Rahu there, Mars is basically working blind. Since Rahu is also poison, it is as if Mars is ingesting poison without thinking about its effects or side effects. Venus is rejuvenation, relationship, diplomacy. With Mars taking blind actions, it hurts Venus.

So over-zealousness without thought of consequences leading to extreme situations like problems with others, physical breakdown, relationship break-downs. In milder situations, could it be like a spat with a friend, a cut on a finger, mild injuries to the body?

Maybe someone else can pipe in who has experienced this. 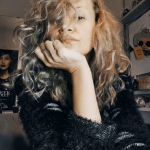 Hi, my grandfather had Merc/Sun/Ven/Uran/Rahu/Mars 😊. He used to be active in an underground student movement distributing leaflets with anti-Nazi propaganda.

By the beginning of WWII, he was arrested and spent the whole war in all major german concentration camps. Useless mentioning he lived through hell and had a not bad trauma.

I think venus ruled his 2nd and 9th. By the end of war, he had lost many teeth and his weight was 38kg. He was never able to conclude his studies and had always eaten far too much.

After the war, he met my grandmother. After 1 week he proposed to her saying "I love you so much, please merry me, if you don't, I first kill you and then myself." Their marriage used to resemble a Sicilian tragicomedy. I heard stories of him threatening my grandmother with a knife and his kids occasionally just running out of the house for the sake of their life :).

So, as he had not finished university, he used to work as a bus ad truck driver so money was not much either.

And if that was not enough, after the war he became an anti-communist activist and got arrested again for political reasons.

When my cousin and I used to spent time with him as kids he invented the most bizarre games to play with us like secretly removing his denture and scaring us with his "bare" smile.

For sure Uranus played some role in this case, nevertheless, I think it is a good example of what an extreme case of Venus shamed by Sun /Mars/ Rahu can create.