There is a disease, or however one calles that, that during pregnancy the mother and unborn child get temporary diabetes. I dont know the name of that "disease", pregnancy diabetes? I heard it will go away after some time. I dont know anything about that.

How is such a thing indicated Astrologicaly? For the mother? For the child?

What does conceptions Chart mean? Which time is needed? The time of sexual union? And if one does not know anymore than this does not work, or?

I am also interested in learning how to cast a conception chart. I think it is the moment of the sperm fertilizing the egg, either that or when the fertilized egg implants on the uterine wall?

Both my children were conceived via IVF so I know the exact day that the lab fertilized the eggs with the donor sperm. I have a small window for the time also. The implantation time would be a guess though.

I had terrible pregnancy sickness with my second one so I would like to see it I could find that in the chart.

Thanks for the rply, the information given and also for sharing part of your personal live.

About the time for the conception chart, what you say sounds right. In your case yes, you have exact times. In generall I assume that this is difficult to know because how can one know?

I have not studied any cases of that disease so I dont know what planets would point to that disease exactly. But the time of it will be in accordance with the adverse period of the conception chart IF you are lucky enough to have it. Otherwise the timing will have to be done with standard natal techniques looking for afflictions in the rasi and D30 of the mother. 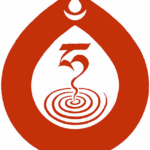 Gestational diabetes can be a temporary condition, but it can also lead to long-term diabetes and other imbalances (for mother or child). The etiology is more or less the same as with diabetes in general: excess sugar in the blood caused by deficiency of insulin resulting in excess sugar in the urine. Kidney deficiencies are always present for this, and think of the incredible strain that pregnancy puts on a mother's vital essence (housed in the Kidneys). I have not seen any cases of this so far either, but theoretically there are several angles from which to approach this.

In Tibetan Medicine and Ayurveda, diabetes is classified as a urinary disease. It is mostly a condition of excess kapha, but vata is often involved as well. At a chemical level, diabetes is caused by insufficient insulin production in the pancreas. The pancreas are an agni-predominant organ, secreting enzymes and hormones that metabolize our food. So overall, you have to look at the state of agni via Sun and Mars (blood). Venus is also involved because it governs healthy secretion of hormones (insulin). Jupiter can also be involved for excess weight and/or Kidney imbalances (urinary system). Pregnancy is generally a time of excess kapha and vata, so it is easy to develop a condition like this, especially if the mother is constitutionally pre-disposed, or pre-disposed via diet/lifestyle vitiations.

For the child, it is an inherited condition. For all inherited conditions, I look to Ketu. Venus also can be involved because it is genetic. The conception chart is an ideal way to see the womb conditions, as Ernst has pointed out, especially if its temporary in nature. The D1 for the child would reflect it if it actually becomes an existing condition at birth, beyond gestation.

This is just using theoretical principles. You need charts to play around and see what is happening, as it can be any number or combination of things. Shilajit is the number one remedy for all diabetes conditions, and interestingly, Shilajit is also highly recommended for the mother during pregnancy.