Ruler of X in Y 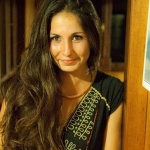 I mean, how it exactly works this basic?
I still feel a little bit confused about it and it's a basic 🙄

I like checking for the Parivartana yogas both in the Rasi and the Vargas.

If it’s a Maha yoga (interchange between 1, 2, 4, 5, 7, 10 and 11th Houses) it could give the person something great, an abundance of something, something nice. It’s always nice asset.

7-9 interchange could be accepted as lucky, as it involves the trine H, the 9th and the angle, 7th. 7th house interchanges could give a cause for happiness based on the person’s actions being healthy with other people. So, the 7-9 interchange could be accepted as a good combination for relationships, acting with maturity and truthfully with your partner, which could give a cause for happiness. (Of course, it depends to the point of what other influences there are with the house and the planets)

7th H relationships, 9th H marriage, wisdom, etc.-> the person could do wise actions in their relationship and that combination could help the person do the right thing wisely.

Let’s say it is in between the 10th and 2th Houses. 10 is career, 2nd is your finances & responsibilities. That person could be responsible in a materialistic way and financially to the people in their lives. Fulfilling those responsibilities, that could give a cause for happiness as they are doing good.

If you are subscribed to astrology-videos, please find the Parivartana yogas course that Mr. Wilhelm teaches. They are, as always, very liberating.

I hope my approach could be of some help.

The biggest difference will actually be based on the Avastha. First, they are both marriage yogas. But if the 7th is Aries and mars is in the 9th in gemini, its starved, thus a person will be disappointed in their love life though married and this disappointment will be on account of their following their belief system or code of honor or an arranged marriage that did not give the hoped  for happiness. If in that chart, mercury is in the 7th instead, then mercury is not starved or delighted, so it will give an average relationship that is based on one's code of honor, etc.

Thank you very much 😊

You didn’t mis-express, it was me who didn’t get the question clearly.

Actually, as Mr. Wilhelm stated, how the person’s going to act upon those placements will depend on the Avasthas.

There is the 144 Bhava Yogas that gives what happens when the lord is in a house. What the yogas give might not happen as they are spoken, but I always like to read them for once or twice, just to have an understanding of the gist of the situation & get the energy of it.

7th Lord in the 9th; this placement could indicate the potentiality of the person to be focused on their marriage. This could also indicate a higher education, having the purpose of going after their philosophy and beliefs.

9th lord in the 7th; it could icrease the potentiality of the person having a solid, good marriage, could indicate partnership deals, travels, potentiality of living abroad, etc.

However, if there is Rahu/Ketu conjunct in this combination or the related lords are in troubled Avasthas, or any Cruel planet is involved in the equation, then those auspicious potentiality of those basics could be under trouble too. There could be delays in marriage, or the person could be inconsistent in their relationship or partnerships or taking actions that could cause them to feel ashamed, etc. It could be beneficial to check from the Lajjitaadi Avasthas and see if the lord would be able to use and maximize those potential placements.

Basically, I like to think of the lords in the houses as the person visiting a house, holding a basket filled with their qualifications, characteristics, agenda and potentials. If the house they are visiting is a friendly house and if the person is also in a good position (say, not having a bad day) then, they will be able to bring and apply those functions and make it work at their good friend’s house happily and harmoniously. If things are bad, then that basket of qualities are not there (or even if there) they are not to be expressed. In fact, they could suffer the lack and frustrating consequences.

Oh, and as you asked;

Yes, it is pretty much that.

Again, if we look at the 10th and 2nd house lordships;

2nd in 10-> the person could be very responsible in their career and work.

Where as if the placement is otherwise;

10th in 2nd-> the career could make the person be very responsible, things hapoen in a way that the person ends up being responsible for their family and finances, etc.