One more thing that comes to my mind is, the higher the dignity of Jupiter, the easier it may be to get proper guidance.

With Jupiter in Capricorn, we may feel frustrated with lack of guidance we receive.

Mu understand that jupiter has the strongest shad bala in the 1st house, the house of self, dharma. It is weakest in the 7th. 7th from cancer is Capricorn where it is debilitated

a debilitated jupiter lacks the inner wisdom to do what is right. They do things so they don’t get into trouble instead out of their inspirations. They feel luck is not in their favor. You know some people do all the homework, study real hard n get As but they don’t have that deep understanding. Others study just a little but they have that deep understanding of a topic. I think that is the difference between a jupiter in capricorn vs a jupiter in cancer

my father and 2 friends have exalted jupiter n I noticed even though they are not highly educated yet when u talk to them u would have thought otherwise. You sense the wisdom n life experience in them, the purpose… 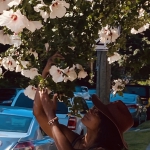 @tieara7111 Hi, if you follow the British monarchy at all, Prince Harry is an example of someone who has db Jupiter in their 1st house.

Thank you everyone for your input. Have you come across a chart where the person has made their Jupiter in Capricorn work on a higher level? How have they managed to do it?

For those of you who are well versed in the sutras, could you point me to the sutras (or copy and paste it here) where it is said that Jupiter is debilitated in Capricorn, please - either in Jaimini or Parashara.

Have you come across a chart where the person has made their Jupiter in Capricorn work on a higher level?

I am wondering how this can show in a chart. The chart only shows our fate, isn't it?

For example, I have Jupiter in Capricorn in my D10. I am thinking, even if I happen to raise my Jupiter consciousness by whatever means, it will never be shown by my chart, as it is locked into the time of my birth.

Having said that, being in close association with somebody who has a proud Jupiter (maybe even svashta) may help the Jupiter in Capricorn native to tune into Jupiter consciousness more and more.  Ideally, this would be association with an enlightened spiritual guru with whom we can connect, but it can also be any of the peers who has a proud Jupiter.  While a guru will lead from the front, with a peer we ourselves need to be motivated in this and follow their behaviors, thinking and decisions closely in day-to-day life, paying special attention to their Jupiter consciousness.

I always like to keep in my mind that, fate may not allow us to do the above, and we may need to solve some bad lajjitadivastha barriers even to start working with a spiritual guru or a peer/mentor.

Why I focus on freedom (free will/free won't) is, anything in our fate/chart, we don't even have to think about, it will happen anyway, we just need to use our freedom to script the 25% not written in the chart.

What I meant to say was ‘to a higher degree’, as in where they have overcome their avasthas and overcome the depressive nature of that placement and got it working in their favour. I am sure ‘to a higher level’ could be seen in a chart, but I am not competent enough to analyze it yet.

I have Rahu with Jupiter in Capricorn, so I am trying to understand it as best as I can.

Tropically I also have Jupiter in Capricorn.
Yet, I do follow my inspirations and follow them, and try to understand things deeply. Most people I know don't see me as someone who does not follow her inspirations.

How I see the debilitation in me is that I can be a bit joyless and miserable even while following my inspirations. There is always a black hole lurking, lol (but that is probably due to other factors of my chart).
A certain "woe is me" attitude, which brings on woes. Did the woes cause the attitude or the attitude cause the woes- well that's the chicken and egg question. So this limits the extent to which my life can "expand" based around my inspirations.
While I think I'm optimistic- yet deep down, there is a part of me that perhaps believes things (my life, and life and humans in general), won't really change, which is pessimistic.
I also quite often see myself as unlucky..
I usually just used to have a self-deprecating humour about these things, though. But, I try to be more watchful about it now, so as not to let these sentiments rule my life.

DB planets are in Sushupti state, but it is possible to even perceive that (Turiya).. so that is another observation I had. In some ways, I think they offer a door into a deeper experience.

Emily Dickinson is a famous poet with DB Jupiter. She wrote close to 1800 poems, with only a dozen or so published in her lifetime. Her poetry is very interesting- she has a unique sense of form. And definite deep wisdom that seems to come from another plane.
She didn't achieve any great success or fame in her own lifetime. Perhaps it is DB Jupiter that limited the grand material manifestation of her inspirations. She wasn't married, and had no children either (the other supposedly Jupiterian things).
Yet to say she did not live an inspired life or lacked wisdom would be a very unfair statement to make, IMO. I think she found a true Jupiter within her.

one of her poems:

I have experienced the black hole when something that I have been following as an inspiration comes to an end. It is like the anti-climax to the whole thing. Is that how you experience it too?

While I think I'm optimistic- yet deep down, there is a part of me that perhaps believes things (my life, and life and humans in general), won't really change, which is pessimistic.

I know what you mean by that. It does seem that however much we try to change things, there are bottom line themes that keep repeating themselves throughout history, and there is nothing anyone seems to be able to do to change it. It all seems to be about suffering and taking on the experience of suffering in different forms, complaining about suffering, saying enough to suffering and getting strong enough to overcome suffering.

It is like the mind is not aware of it’s own workings and capabilities. Is it possible to change the frequency of something like that so those themes don’t repeat themselves? I don’t know. Perhaps it is the reflection of my own struggle. The responsibility and awareness of each expanding ripple of karmic repercussions of each action weighs heavily.

Thank you for posting Emily Dickinson’s poem. It seems to have captured the feeling of a Jupiter in Capricorn to a T, as least the way I have experienced it.

A person in my life has Jupiter in Capricorn with the 9th and 10th cusps attached to it. He's in his late 20's, and as far as I know, doesn't have any spiritual inclinations. He is however very much entrenched in the material world i.e spending money, venusian lifestyle, etc. which can be explained by other placements in his chart. One thing I have observed about him which may come from the Jupiter in Capricorn influence is that he doesn't have faith in other people's career choices and is pretty judgemental about money. For example, he recently had a conversation with me in which he was complaining about someone's career path and the fact that they're not motivated, "They've never taken the initiative to get a job. Every job they've ever gotten has been handed to them, which is very concerning!" One day, I'll have to muster up the energy to explain to him that it's a 4 of Diamonds birth card he's talking about, so that's just how it's going to be lol

Does he have any proud planet? Could his Sun have enough delight and thus be overcompensating, in terms of being judgemental, for some bad lajjitadivasthas?

@anand No proud planets. His Sun is conjunct Mercury in Taurus, and it receives delight only through the aspect of Jupiter. I think you're right about the overcompensation. There is also his Saturn, Mars, and Ketu conjunction in Aries, 12th from the Lagna. So Mars + Saturn affliction can be a culprit of not minding his own business, trouble with associates etc.

I see.  This is the second time in the last few days I see someone mentioning a pattern dominant in me also!

I have Saturn Mars Ketu conjunction also, but it is in Gemini 9th house. I also have been judgmental of others motivations or lack there of.

But I know I always had deep respect for others and where they come from, and my judgments were mere observations relative to my own motivations and I never voiced them to anyone (except my wife 😊).

I have a proud Sun in Aries, so I attributed my judging attitude to Sun overcompensating.

Now, over time, I do have developed a deeper appreciation for people the way they are and I feel my judging attitude has considerably improved (hope I am objective about this 😊)

@anand I remember Ernst mentioning in one of his videos that people with a strong unafflicted Sun are very conscious of not hurting others by imposing their will upon them. And a proud Sun in Aries is someone who minds their own business, according to the Lajjitaadi Avasthas Masters course. So I think you're probably right about yourself 🙂